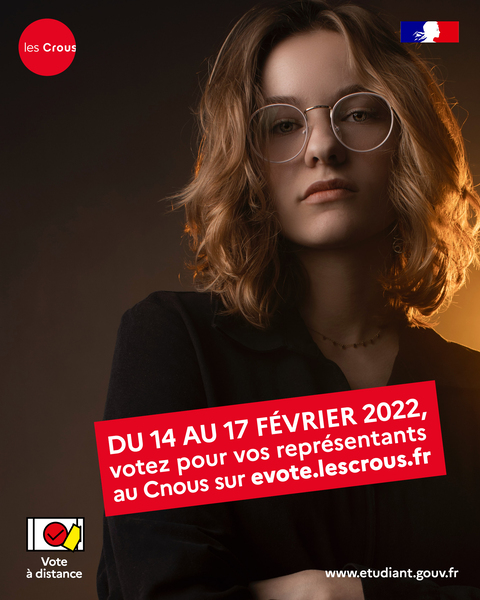 To be represented on the CROUS governing body, ensure your rights and support student projects: vote !

From December 6 to 10, 2021, all students were called to vote to elect their representatives on the directorate of the CROUS. For the first time, the vote was organized electronically, a more modern, accessible and secure voting method.

On this site, you can now find the results of the election for your Crous.

Participate to the election to the CA of CNOUS

As a representative on the CA of your Crous, you are invited to vote on the Board of Directors of the CNOUS.

In case of particular difficulties in completing your request, you can contact the Crous on the address: messervices.etudiant.gouv.fr

Registration for this election campaign closed as of 05/03/2022.

The Cnous election is reserved for student representatives elected to the Crous Directorate.